I have a very funny story about Brian Williams.

When Antigone Rising was a baby band, we started touring full time well before we were technically ready to be touring full time. In other words, we gave our parents heart attacks. That being said, we were all in, together, arms locked, going for it.

We realized fairly quickly that the best way to be a full time touring band was to get a booking agent. Most artists might have a booking agent before they quit their day jobs. Not us. But that's incidental.

We had someone 'helping' us, acting as 'manager' sort of. She was living it and breathing it with us every step of the way. She was practically our sixth member.

And she ended up being the biggest liar on the face of planet Earth. In hindsight, we have come to realize not a single thing that came out of her mouth was true.

What is so funny about all of this is that one day she came to the band with 'GREAT NEWS!' She had secured us a BOOKING AGENT!

We were THRILLED! We were OFFICIAL!
WE HAD A BOOKING AGENT!

But there was a catch.

He would only deal with her.

He did not want to talk to anyone in the band.

He would not be coming to any shows because he "had already been to several shows of ours and already LOVED the band."

So, you get that there was never a booking agent, right? She was lying about the booking agent. It took us quite some time to figure it out, even with the lack of tour dates he was securing for us, but eventually we did figure it out. 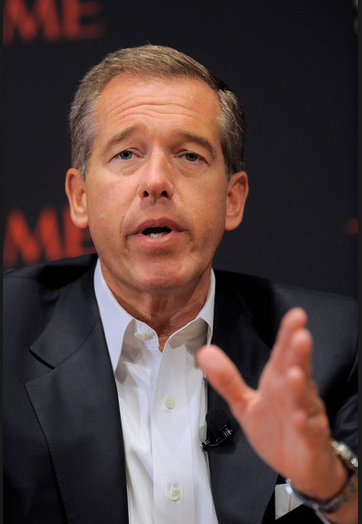 The funniest part about the booking agent is, she told us his name was Brian Williams.

PS-This is an actual photo of me at a show in 2001. After this show, our 'manager' told us that Brian Williams was dropping the band because he 'couldn't book us any dates'. The person in this photo believed that story. It all makes a little more sense to you now, I bet... 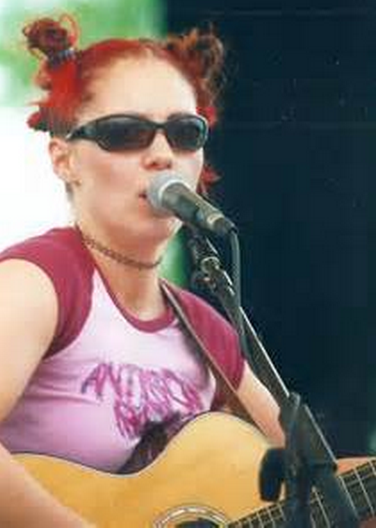